George Beasley, Founder and Chairman of Beasley Media Group, will be honored with the 2020 Lifetime Achievement Award at the Broadcasters Foundation of America’s Golden Mike Award dinner.

The gala, which is an annual fundraising event for the Broadcasters Foundation’s mission of helping broadcasters in need, will be held on Wednesday, March 4 at the Plaza Hotel in New York City.

“George is one of the forward-thinking pioneers of radio and a longtime supporter of our charitable mission,” observed Dan Mason, Chairman of the Broadcasters Foundation of America. “Starting off with radio stations in small market America and expanding to major cities, George built the company that bears his name with ingenuity, integrity, and innovation. We are delighted to recognize his leadership in our industry.”

“I fell in love with radio early in my career, and I have been fortunate to be a part of this wonderful business as it has grown and expanded,” stated Beasley.  “Giving back is an important tradition in our family, and it is an honor to support the mission of the Broadcasters Foundation to help those in our industry who need it most.”

Beasley began his career in radio ownership with a daytime-only AM station in Benson, North Carolina in 1961 and built Beasley Broadcasting into one of the leading radio groups in the country.

Throughout his 56-year radio career, Beasley received numerous broadcast industry distinctions as well as recognition from various civic and charitable organizations.  He served on the Broadcasters Foundation Board of Directors for many years and is a recipient of their prestigious Broadcast Pioneer Award. 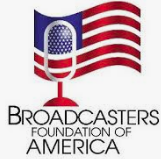 The Country Radio Broadcasters awarded Beasley the “Tom Rivers Humanitarian Award” in 2010, and the Nevada Broadcasters Association inducted him into their Hall of Fame in 2008. Beasley was honored with the North Carolina Association Broadcasters’ Distinguished Service Award in 1996 and was inducted into their Hall of Fame in 1998 upon receiving their “Distinguished Broadcaster of North Carolina” Award. Beasley has consistently been acknowledged by Radio Ink magazine in their annual “40 Most Powerful People in Radio” issue.

Beasley joins broadcast luminaries Ed McLaughlin, Dick Clark, Bill Hoffman, and Charles Osgood as a recipient of the Lifetime Achievement Award, which is presented during the Broadcasters Foundation Golden Mike Award dinner and ceremony. As previously announced, Dave Lougee, President and Chief Executive Officer of TEGNA Inc., will be the recipient of the Broadcasters Foundation’s 2020 Golden Mike Award.
Posted 1:30:00 AM