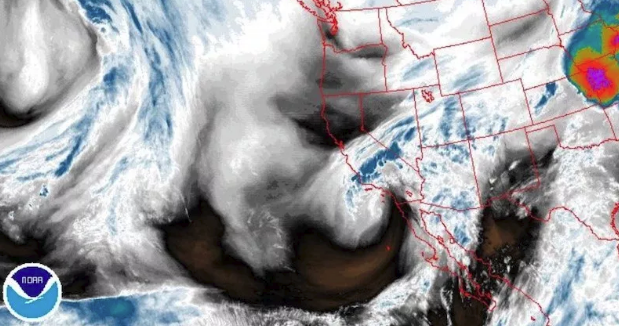 That is the stark warning of meteorologists around the world, who say the next-generation wireless system now being rolled out across the globe is likely to disrupt the delicate satellite instruments they use to monitor changes in the atmosphere.

The result will be impaired forecasts, poorer warnings about major storms, and loss of life, they say.

The crisis facing the world’s meteorologists stems from the fact that the radio frequencies the new 5G networks will use could contaminate critical Earth observations made by weather satellites.

Instruments on board the satellites peer down into the atmosphere and study variables such as water vapour, rain, snow, cloud cover and ice content – all crucial factors that influence our weather.

One example is the 23.8 gigahertz (GHz) frequency. Water vapour emits a faint signal at this specific natural wavelength, and this data is monitored and measured by weather satellites. Forecasters then use this information to work out how a storm or weather system is likely to develop.

The problem is that some 5G phone networks may transmit near a frequency similar to that emitted by water vapour, and so would produce a signal that looks very like its presence in the atmosphere.

The urgency of the problem is underlined by the fact that US FCC and similar agencies in other countries have already started to auction off frequencies close to the 23.8 GHz frequency to future 5G network providers. In addition, other bands that are used to probe our weather include the 36-37 GHz band, which is used to study rain and snow; the 50 GHz band, which is used to measure atmospheric temperature; and the 86-92 Ghz band, which helps to analyse cloud and ice.

Forecasters say the US move has already compromised their ability to collect data, and promise to lobby other nations to limit use of crucial frequencies to preserve their ability to provide accurate forecasts. They accuse phone operators of ransacking the radio spectrum for wavelengths to exploit, and regulators of failing to protect the natural frequencies vital for Earth observation from space.
Posted 2:24:00 AM