Connecticut-based Connoisseur Media has agreed to sell its six Billings radio stations to Desert Mountain Broadcasting, a media company formed in 2018 by the company's regional vice president and general manager Cameron Maxwell, according to The Billings Gazette. 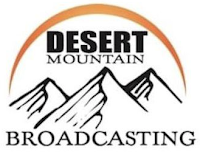 "My whole intent of purchase is to give some stability and roots to this organization that has been here for 14 years," he said.

The sale had been in the works for over a year. Connoisseur has "divested" properties in North Dakota and South Dakota, so, "It was just the right time to move everything local," Maxwell said.

Maxwell said he doesn't have plans for significant changes at the six stations, nor does he want to make changes. He does envision expanding Desert Mountain Broadcasting through future media acquisitions in the region. Billings will be its corporate headquarters, he said.

In discussing the sale Maxwell said he wanted to emphasize that various functions and services that had previously employed Connecticut businesses would now be shifted to Billings businesses. Maxwell envisions those services including banking, legal, accounting, insurance, and others.

He declined to offer a price of sale, saying that information is available via the FCC, but he did say the sale was "multimillions," of dollars.

Maxwell said he has been in Billings for Connoisseur Media since 2005. He has held various roles over the years related to the company's western operations in Billings, Rapid City and Bismarck. Those titles include general sales manager, regional general manager and regional vice president.

After the sale, Connoisseur Media will have media assets in Connecticut, Pennsylvania and New York.
Posted 3:03:00 AM