Knoxville’s WMYL 96.7 FM MerleFM is involved in a pilot shoot for a proposed reality TV Show.  Tentatively, called Radio Ranch the station says a number of Cable TV channels, including the History Channel, have expressed interest.

The station has posted a shooting schedule on its Facebook page and invited listeners to apply as ‘extras’ for six pilot episodes being taped this month. 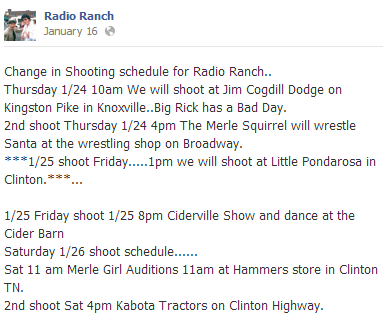