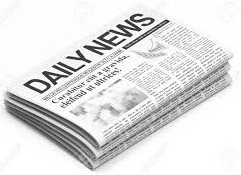 The United States on Thursday announced final duties on imported uncoated groundwood paper from Canada that is used for newspapers, with slightly lower anti-dumping and anti-subsidy rates than previously levied.

According to Reuters, the U.S. Commerce Department set a final dumping rate of up to 16.88 percent and final anti-subsidy duties of up to 9.81 percent, it said in a statement.

Canadian Foreign Minister Chrystia Freeland said Ottawa was disappointed by the final duties. They could still be rejected by the U.S. International Trade Commission, an independent body scheduled to rule in the case on Sept. 17.

“The tariffs would be particularly hurtful for smaller communities, resulting in higher costs and even job losses at local newspapers and publications,” Freeland said in a statement.

Tensions between the two neighbors are rising over the imposition of U.S. duties. Since U.S. President Donald Trump took office last year, Washington has acted against Canadian exports of newsprint, softwood lumber and steel and aluminum.
Posted 3:11:00 AM