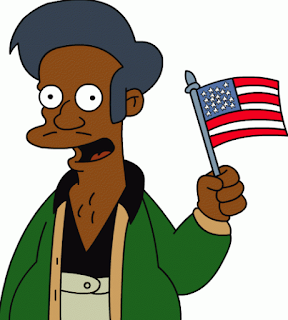 FOX execs have responded to questions around controversy of The Simpsons‘ Apu who became a subject of criticism after a documentary explored cultural stereotypes.

The show was also criticised for an initial response last season that many perceived as dismissive, rpeorts TVTonight.

“We have had conversations with [executive producer] Jim Brooks and his team. We left it up to them,” Walden said.

“We definitely trust them to handle it in a way that is best for their show.”

She also indicated The Simpsons will be staying with the network and not moving to Disney following corporate deals.

Walden asserted that The Simpsons is “so much a part of the FOX brand” that “there are no plans for them to go anywhere other than FOX.” Newman added, “I feel confident that Disney and FOX are going to find a way to both have an interest in that show and I anticipate it continuing to stay on the FOX network.”

Walden said “a couple years of episodes” for the show are already in production, given the long lead time for the animation process, so it’s very likely the show will continue beyond the upcoming 30th season.
Posted 4:41:00 AM