A study of close to 9,000 people found that the most trusted source of news is The Economist, while the Occupy Democrats organization was the least trusted source, reports AdWeek.

The University of Missouri recently ran a questionnaire distributed by 28 newsrooms across the country. Those newsrooms asked their audiences to answer questions about the types of content they consume and how much they’re willing to pay for that content.

Below is a chart detailing the broad scope of trusted and not trusted news sources and brands, which includes vague terms like “social media” and “public television.” 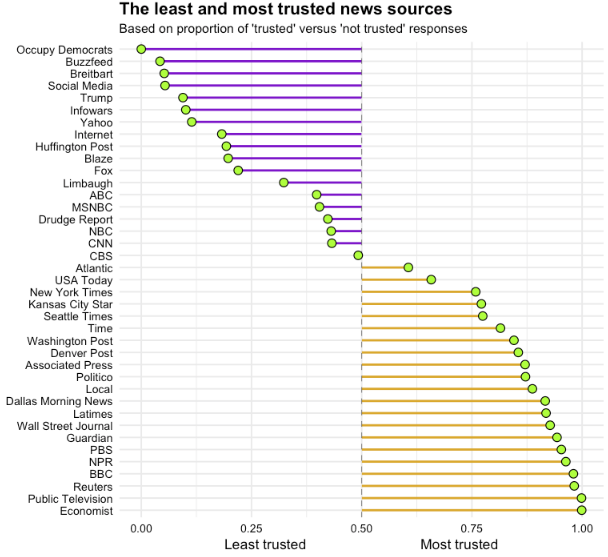 The study was completed with the hopes of informing newsrooms of what consumers want from their news. The university also conducted more in-depth interviews with 81 people to determine why they trusted or didn’t trust certain sources. 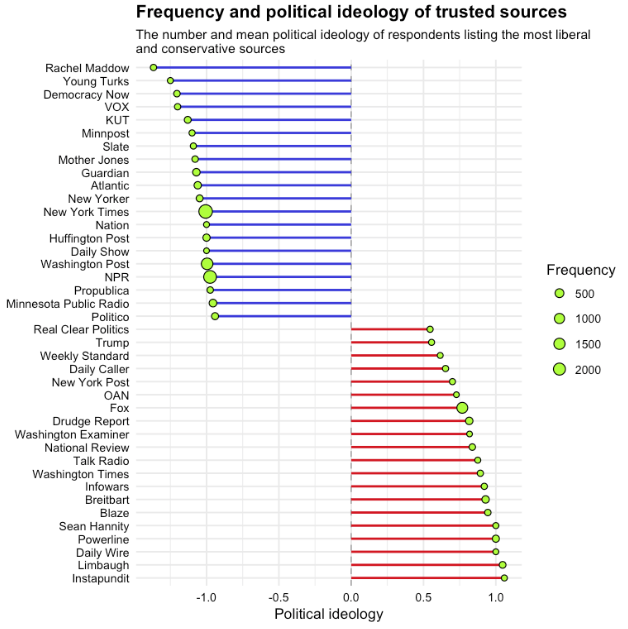 The report also broke down sources of news based on the respondents’ political leanings and included frequencies of sources. For example, thousands of people who identified on the liberal side of the spectrum trust NPR, the New York Times and the Washington Post as sources, while conservatives most often agreed with Fox News.
Posted 3:25:00 AM