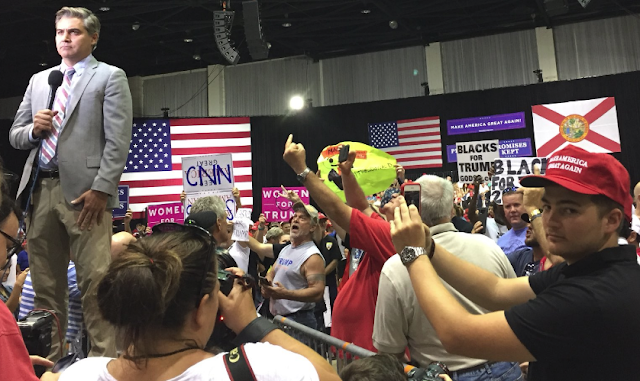 As Acosta — a sharp questioner of the president and a frequent target of his ire — reported live from the event, a crowd of rally attendees surrounding him chanted "CNN sucks" and shouted, "traitor," and "you're a liar."

Acosta, who frequently butts heads with White House press secretary Sarah Huckabee Sanders during press briefings, was similarly heckled by Trump supporters at a June rally, where he was both yelled at and asked for autographs. Earlier this month, the president denied Acosta the opportunity to ask him a question at a press conference in the UK, calling CNN "fake news."