CBSN Local will build on the success of CBSN, the pioneering 24/7 streaming news service from CBS News and CBS Interactive that delivers live national and global news coverage and in-depth reporting from CBS News’ team of trusted journalists.

CBSN Local services will be available through CBSN on CBSNews.com and the CBS News apps for mobile and connected TV devices, and through CBS Television Stations’ websites and mobile apps. CBSN has grown viewership significantly since launching in November 2014, and nearly 80% of CBSN’s viewers are between the ages of 18 and 49 with an average age of 38.

“CBSN Local is the exciting next chapter in how our stations will serve audiences seeking local news on all of the most popular content consumption platforms,” said Peter Dunn, President, CBS Television Stations. 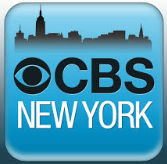 “These streaming local news services will be a terrific companion to the award-winning national and global news reporting provided by CBSN. Working together, we look forward to making the outstanding local news coverage produced by our stations available to a wider audience, anytime and anywhere people want to view it.”

“CBSN’s tremendous success in attracting a growing and engaged audience of viewers across all platforms paved the way for us to bring our direct-to-consumer strategy to local markets,” said Jim Lanzone, CEO, CBS Interactive and Chief Digital Officer, CBS Corporation.

“The addition of CBSN Local services delivering high-quality coverage from our stations around the country will bring a new level of depth to CBSN’s 24/7 original reporting.”

CBSN Local will first launch in the New York City market in partnership with WCBS, the flagship of the CBS Television Network, and independent sister station WLNY in the fourth quarter of 2018. The rollout will continue in Los Angeles, with KCBS and KCAL launching its service, followed by other major markets.

Each CBSN Local service will feature live streams of CBS Television Stations’ regularly scheduled early morning, daytime and evening newscasts and additional daily newscasts that will be produced exclusively for CBSN Local. The services will provide live continuous coverage of breaking news events and an extensive library of content that will be available for on-demand viewing.
Posted 3:31:00 AM