President Trump devoted the majority of his time at a rowdy rally in Wilkes-Barre, PA on Thursday targeting the news media, deriding the reporters present as “fake, fake disgusting news.”

The NYTimes reports the rally, intended to galvanize support for Representative Lou Barletta, a Republican who is running for Senate in this fall’s midterm elections, did eventually turn to what Trump called “boring subjects,” but for much of the event, the president focused on his multiple grievances with the Washington press corps.

It underscored yet another day of tensions between the White House and the news media. During an afternoon news briefing, Sarah Huckabee Sanders, the president’s press secretary, pointedly blamed the news media for that tension. 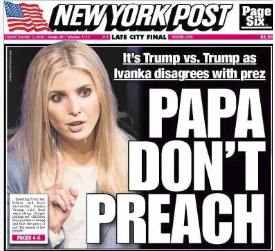 And while en route to Pennsylvania, Mr. Trump sought to play down comments from Ivanka Trump, his elder daughter and senior adviser, that explicitly disagreed with his description of journalists as “the enemy of the people.”

According to The Hill, Trump at the rally cited multiple examples of what he called "fake news," including saying the “fake news refused to call” Pennsylvania for him during the 2016 presidential election.

The crowd responded with boos and jeers, with some chanting, “CNN sucks.”

He also referred to the media as "horrible, horrendous people" and "disgusting."

The rally took place just hours after White House press secretary Sarah Huckabee Sanders refused to say the media is not the enemy of the people during a press briefing, after being pressed to make the statement by CNN's Jim Acosta.