NBC's Gets Dominant Performance From AGT

“America’s Got Talent” is proving to be TV audiences’ summertime show of choice, with its dominant performance boosting NBC to its fourth consecutive weekly ratings win, according to The Associated Press citing Nielsen data.

The talent contest has ranked as the most-watched program for the past five weeks, with last week’s show topping the No. 2 series, CBS’ “60 Minutes,” by 65 percent.  With its dizzying array of competitors, including performers, magicians and acrobats, “America’s Got Talent” can claim something for nearly everyone. Guest judges scheduled this season include Ken Jeong, Olivia Munn and Martina McBride. 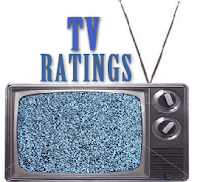 Reality and competition series made up six of the top 10 shows, according to Nielsen Co. figures released Tuesday. “The Bachelorette,” ″World of Dance” and “Big Brother” were among the most-watched shows last week.

ABC’s “World News Tonight” led the evening newscasts with an average of 7.9 million viewers. NBC’s “Nightly News” had 7.3 million, and the “CBS Evening News” had 5.6 million.

Meanwhile TV Newser reports Fox News Channel continues to “be best” when it comes to drawing viewers across the 24-hour day. In July 2018, Fox News marked 25 consecutive months as the most-watched basic cable network in total day by averaging 1.4 million viewers in the daypart, per Nielsen live-plus-same-day data.

But FNC didn’t post year-over-year audience growth in all categories. The network averaged 265,000 A25-54 viewers across the 24-hour day. That’s actually -5 percent vs. July 2017, but still ahead of CNN and MSNBC.