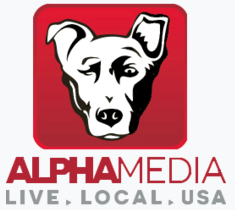 Alpha Media announced in the middle of the night that Lawrence R 'Larry' Wilson is stepping down as Chairman of the company's board of directors for the Oregon-based broadcast company he founded in 2009.

He will remain a member of the board.

Under Wilson's guidance, Alpha Media has become the largest privately-owned radio broadcaster in the U.S., operating 225 radio stations in 48 markets. Wilson is also known for his work within the country music industry, having served on the board for the Country Music Association from 1991 to 2001 and inducted into the Country Music Hall of Fame in 2014.

Earlier in his 37-year radio career, Wilson co-founded Citadel Communications in Phoenix, AZ. There, he assumed the roles of Chairman and CEO and took the company public in 1998. Citadel expanded its radio presence to 26 states and ultimately grew to own and operate 205 radio stations in 42 markets. He then sold Citadel Communications to the Wall Street investment firm, Forstmann Little & Co. in 2001.

Larry was inducted into the Country Music Hall of Fame in 2014 at the Country Radio Seminar. He served on the Board of Directors of the Country Music Association from 1999 to 2001 and was honored in 2001 by the National Association of Broadcasters when he received the National Radio Award. Twice, he has been voted “Executive of the Year” by Radio Ink; once in 2002 and again, in 2016. In 2007 he received the Tom Rivers Humanitarian Award from the Country Radio Broadcasters, Inc. for his work and monetary contributions to numerous charitable organizations over the years.

Alpha Media will elect a new Chairman at their next scheduled board meeting.
Posted 10:30:00 AM