As podcasts attract more advertisers, podcast publishers and ad sellers are beginning to embrace tactics that are common on the internet, including the automated buying and selling of targeted ads, reports The Wall Street Journal. 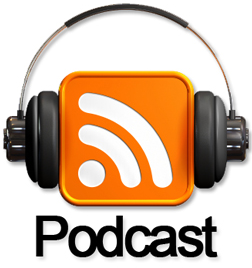 Midroll Media, a podcast ad sales group that offers 200 to 250 shows daily, plans to expand programmatic sales in 2020 after a small number of tests this year.

“With the range of shows we work with and the advertisers we talk to, it makes sense to start bringing in a whole range of ad products that meet brand needs across the board—and take more of their ad dollars, frankly,” said Erik Diehn, the chief executive of Midroll parent Stitcher Inc., a podcast platform owned by broadcasting company E.W. Scripps Co.

Podcasts are shifting from a “nice to have” element of marketers’ brand campaigns to becoming integral elements, said Rachel Lowenstein, associate director of Invention+ at WPP PLC -owned agency Mindshare. That adds to the pressure to implement ad technology.

“If there is any way we can make things more efficient and targeted, it’s going to happen,” Ms. Lowenstein said.

But not everyone wants to follow the web-advertising playbook.

The vast majority of podcast ads today are sold directly, not auctioned through programmatic technology vendors. Most also are read by hosts or producers and baked into episodes during the recording, though they are sometimes edited in afterward.

Barstool Sports Inc., whose podcasts include “Pardon My Take” and “Spittin’ Chiclets,” refuses any podcast ad formats except live reads. It is on track to generate more than $22 million in podcast ad revenue this year, all from ads read by the hosts, according to a person familiar with the matter. The company has 31 different podcast series with clients that include PepsiCo Inc.’s Mountain Dew brand, Nascar Holdings Inc. and New Amsterdam Spirits Co.

“Podcasting is a great medium because there’s essentially a relationship between a host and a listener—they are in your ears, they are telling you stories and it creates an ongoing relationship,” said Barstool Sports Chief Executive Erika Nardini. “That’s also what makes advertising so effective.”

The programmatic advertising now seeping into podcasting could erode that intimacy, Ms. Nardini said. And pooling ad inventory for auction could sap prices, she added.

Others worry ad tech will encourage publishers to pack podcasts with more commercials, because it’s easier with automation than doing more live reads.
Posted 2:11:00 AM