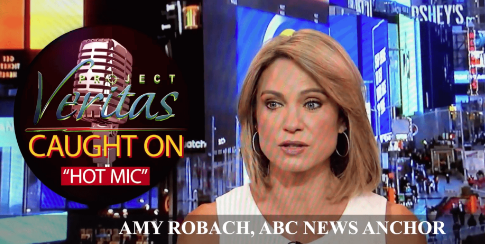 Video captured Robach on a hot mic claiming higher-ups at her network killed the story. The footage was published earlier this month by Project Veritas, whose controversial founder, James O'Keefe, has described himself as a “guerrilla journalist.” The video included Robach saying ABC refused to air an interview she

“I’ve had the story for three years. ... We would not put it on the air,” Robach said on the hot mic. “Um, first of all, I was told, who’s Jeffrey Epstein? No one knows who that is. This is a stupid story.”

She also said she tried to get the interview on the air for three years “to no avail.”

Less than two weeks after the footage was published, the House Republicans wrote the letter, asserting, “What appears to have been presented to Ms. Robach is first-hand evidence of human trafficking.”

They noted they were “deeply concerned that this victim, in search of justice, went to ABC News, provided information and an interview and then ABC News chose to bury the truth. This was a decision that Ms. Robach alluded was due to protecting powerful people or financial interests.”


Robach admitted the authenticity of the video, which has not been independently verified by Fox News, but dismissed the notion of unethical journalism.

“As a journalist, as the Epstein story continued to unfold last summer, I was caught in a private moment of frustration. I was upset that an important interview I had conducted with [Epstein accuser] Virginia Roberts didn’t air because we could not obtain sufficient corroborating evidence to meet ABC’s editorial standards about her allegations,” Robach said in a statement provided to Fox News earlier this month.

McCarthy, R-Calif., and the other Republicans wrote in the Sunday letter, “Although it is unclear whether anyone thought to alert authorities to further examine these deeply disturbing allegations, it is clear that ABC News’ enabling of Mr. Epstein has consequences: fewer victims willing to come forward to bring perpetrators of this modern-day slavery to justice and, more grievously, the possibility that any number of minors could have been spared from human trafficking over the past three years.”

The three Republicans wrote that they were requesting more information from ABC News. They asked if the network will provide Congress with the interview Robach conducted with the victim, what ABC News learned about Epstein after Robach first presented her story to executives and who was involved in deciding the story was not of public interest as well as any rationale for that decision.
Posted 2:24:00 AM