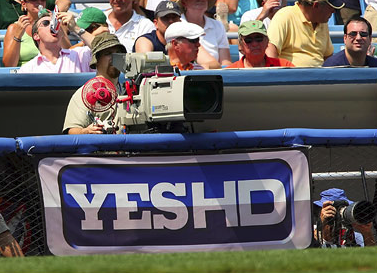 The New York Yankees are in talks with Amazon.com Inc. and broadcaster Sinclair Broadcast Group Inc. about partnering to bid for the team’s regional sports network YES, according to The Wall Street Journal citing people familiar with the matter.

The Yankee Entertainment and Sports Network LLC, which carries Yankee baseball and Brooklyn Nets basketball, is among the 21st Century Fox Inc. assets that Walt Disney Co. is required to sell for the government to approve its purchase of the majority of the company.

The Yankees own 20% of YES and have first dibs on acquiring the remaining 80%. The team has been talking to a variety of potential partners to purchase the network, for which Disney is seeking a valuation of $5 billion to $6 billion, people familiar with the matter said.

The Yankees have also approached cable operator Altice USA, which has systems in the New York City region, about joining the team’s effort to acquire 80% of YES.

For Amazon, a stake in YES would give it entry into another realm of the sports business. It already streams National Football League games on Thursday nights live on its Prime platform and has talked with other leagues in recent years about other partnerships to widen its subscription media offering.

Should it join with the Yankees, Amazon isn’t likely to immediately begin streaming games on its own platforms, a person close to the team said. In addition, Major League Baseball restrictions would likely prohibit Amazon from streaming games outside the Yankees market. Furthermore, the MLB’s streaming deals with the bulk of regional sports networks expired after this season and needs to be renegotiated, which could also complicate potential streaming opportunities for Amazon.

In another possible hurdle for Amazon, pay-TV distributors that currently carry Yankee games—including Altice, Charter Communications Inc., Comcast Corp. and DirecTV—would likely balk at games being carried by the retail and streaming giant as well.

Sinclair is also interested in the 21 regional channels and is working with the private-equity firm Blackstone Group LP on a bid for them, people close to the matter said. Baltimore-based Sinclair, which is a large owner of local TV stations, has said it is interested in expanding further into the cable business through local sports networks.
Posted 7:46:00 AM