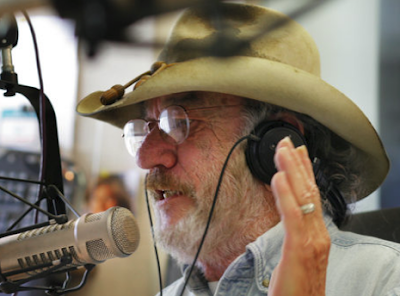 Before the days of cellphones and internet, when long distance calls cost more than an average call, Durgin would invite military families on the show on Christmas Eve, and the station would make the call to their deployed loved one. Harris said the station paid for the call, and they would air as a part of a special Christmas Eve show.

Durgin was much more than someone with Christmas spirit. Harris credits Durgin with Pennsylvania lawmakers rescinding the pay raise they gave themselves in 2005.

“The pay raise issue was probably the biggest feather in his cap,” Harris said. “I really believe, and many other people believe, that the pay raise would have gone through had Bob Durgin not gone in on it.”

Harris said Durgin was relentless and got nearly 130,000 signatures in protest that he rolled out on the steps of the Capitol. Shortly after, lawmakers voted to nix the pay hikes, which ranged from 11 percent to 54 percent.

Steele said Durgin was the kind of person to say when he thought someone was trying to hide something. Politicians knew what to expect from Durgin if he called, because he’d be holding them accountable.

“He was truly one of a kind,” Steele said. “He loved to pound on the desk and hold people accountable for some of the things they did in the state capital.”

Steele said if there’s a Harrisburg Radio Hall of Fame, Durgin should be in it.

Since hearing about Durgin’s passing, Harris said his phone was going off with texts and calls from people who loved Durgin.

Art Selby, his longtime WHP producer, paid tribute to Durgin in a Facebook posting,  "Bob was an intimidating guy to work with at first but he quickly saw I did a good job and it didn’t take me long to earn his respect. Bob wasn’t a perfect man but he was the perfect man for this job. He was a dog with a bone on all issues and wouldn’t let go until he got an answer. Some of my favorite shows Bob did were on Christmas Eve. Dan Steele would play Santa and RJ as well, then we would have the holiday calls where a caller would have us call someone live on the air to wish them Merry Christmas, and then finally Christmas carols."

A native of Boston, Massachusetts, Durgin served in the U.S. Air Force before launching his radio career in Europe in 1964. Upon his return, he worked as news director for KTOK-AM in Oklahoma City, Oklahoma.  In 1989, he began working at WHP.  He was known for wearing a Stetson hat and cowboy boots and for his catchphrases "Shut Up and Pay Your Taxes" and “Give Me a Physical Break!”
Posted 2:00:00 AM