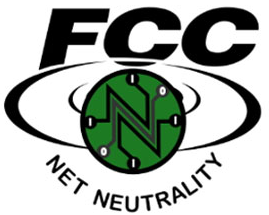 President Obama is urging the FCC to reclassify consumer broadband service — to open it to broader government oversight and regulation — with the goal of protecting the net neutrality principles that his administration has long supported.

In a lengthy statement that also included a video, Variety reports Obama asserted “there is no higher calling than protecting an open, accessible and free Internet.” He urged the FCC to reclassify broadband service as a Title II telecommunications service but with caveats that would shield it from some aspects of regulation for such services.

“The time has come for the FCC to recognize that broadband service is of the same importance and must carry the same obligations as so many of the other vital services do. To do that, I believe the FCC should reclassify consumer broadband service under Title II of the Telecommunications Act — while at the same time forbearing from rate regulation and other provisions less relevant to broadband services. This is a basic acknowledgment of the services ISPs provide to American homes and businesses, and the straightforward obligations necessary to ensure the network works for everyone — not just one or two companies,” Obama said in a statement.

FCC chairman Tom Wheeler has previously said the agency would consider reclassifying broadband under Title II — a move staunchly opposed by Comcast, AT&T, Verizon and other Internet service providers as an unnecessary step that would impose undue burdens and decrease investment in high-speed networks.

ISPs oppose the reclassification of broadband under Title II, because it would give the FCC leeway to impose price regulations, conditions on wholesale access and other controls.