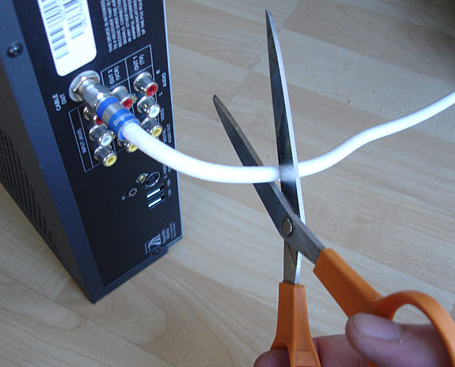 Leichtman Research Group, Inc. (LRG) found that the thirteen largest multi-channel video providers in the US -- representing about 94% of the market -- lost about 105,000 net video subscribers in 2013. Annual net multi-channel video additions in 2013 were about 280,000 fewer than in 2012, when the industry added about 175,000 subscribers. 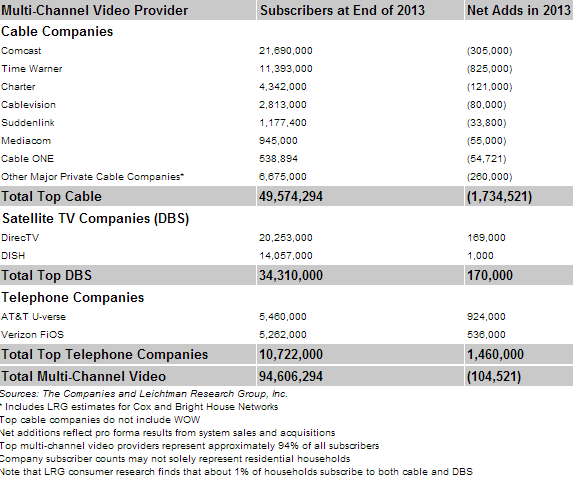 Other key findings include:
"2013 was the first year for multi-channel video industry losses, but the modest losses represent only about 0.1% of all subscribers," said Bruce Leichtman, president and principal analyst for Leichtman Research Group, Inc. "While the overall market remains fairly flat, further share-shifting has taken place. Cable providers now have a 52% share of the top multi-channel video subscribers in the US, compared to a 58% share three years ago."
Posted 3:26:00 AM