Nashville: George Plaster's Future Is Up In The Air

The last time Cumulus Media purchased a radio station that employed George Plaster, the popular sports radio personality pulled the plug on his contract and went to work at a competing station. 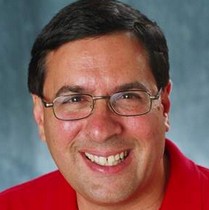 In the ensuing eight years, Plaster helped build 104.5 The Zone (WGFX-FM) into one of Nashville's most popular radio stations, according to a story by Nate Rau at The Tennessean.

At the same time, Plaster played a prominent role in the push to keep the Nashville Predators from leaving town and in developing Nashville SportsFest, an annual convention promoting sports in Music City.

Plaster said he was proud of what The Zone had accomplished since he joined the station in 2003, but he directed questions about his relationship with Cumulus Media to his attorney.

"I represented George in the dissolution of his previous relationship with Cumulus," attorney Jack Waddey said. "This is an interesting event in light of that history. We will be monitoring closely how this merger gets implemented."

The purchase of Citadel, which came with a reported price tag of $1.7 billion, gave Cumulus Media seven stations in the Nashville market. The Federal Communications Commission limits companies to five stations in a given market.