Millions of online customers of prominent banks, stores and services had their email addresses stolen in what is being called the largest data heist in history, according to a story by Helen Kennedy at nydailynews.com. 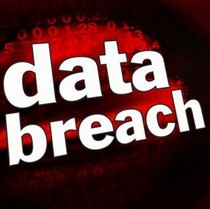 A flurry of alerts began filling up in-boxes Monday as companies scrambled to reassure their customers that their personal information was safe.

The hackers who breached the Epsilon marketing company's records made off with millions of email addresses but no sensitive financial information.

The vast extent of the hack, first announced Friday, only became clear Monday.

CBS reported that the Secret Service was on the case.

Experts said the biggest threat is that hackers can use the information to better target their "phishing" - attempts to fool people into giving up passwords or account numbers with bogus but official looking emails.

"Now they know which institution people bank with, they know their name and they have their email address," said David Jevans, founder of the non-profit Anti-Phishing Working Group.

Email users were cautioned to be extra careful about clicking on emails that seem to come from their bank or favorite store - even if the emails are now addressed to the user by name.

Companies reminded customers not to respond to any emails asking for personal information or passwords.