Jay Severin, the highly paid talk show host whose provocative on-air comments twice resulted in suspensions, was fired by WTKK-FM today, according to a story by Mark Shanahan at The Boston Globe. 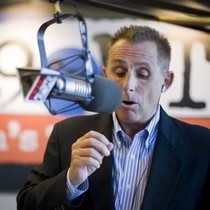 Severin was let go because he did not maintain an "appropriate level of civility and adhere to a standard that respects our listeners and the public at large," according to a statement released by Greater Media Inc., which owns WTKK. "Unfortunately, it had become clear at several points in the past two years that Jay was either unwilling or unable to maintain our standards on the air. It's for that reason we have made the decision to end our relationship.

Severin, who signed a seven-year contract in 2006 that pays him close to $1 million a year, was suspended last week for saying he had slept with female employees years ago. "That's not the purpose for which they were hired," he said while discussing the case of a CEO who was sued for sexual harassment. "I don't think of myself as a monster or strange in any way because of that. All I was was a young man who was the boss and I did it because I could."

Severin was also pulled off the air in 2009 after he called Mexican immigrants "primitives," "leeches," and exporters of "women with mustaches and VD." He returned to the air a month later, apologizing for his "hurtful, unkind, and wrong" commentary. Neither Severin nor his attorney, George Tobia, returned a phone call immediately.

For now, Michael Bower, who was Severin's occasional cohost on the 2-6 p.m. show, will take over while the station reviews its programming options for the time slot.

The firing did not come as a complete surprise to some observers, who suspect Severin's high salary and also-ran ratings had become a problem for his bosses.