THR: Seacrest The Most Powerful Man In Reality TV 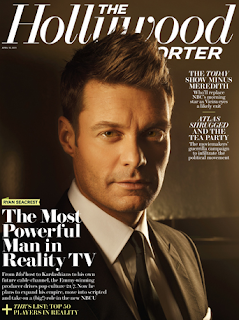 Ryan Seacrest's media empire is expanding again, this time with scripted TV series, film development and greater responsibilities in the wake of the Comcast-NBC Universal merger, according to a profile by Lacy Rose in The Hollwood Reporter.

The American Idol host and powerhouse reality TV producers revealed his plans in an interview with The Hollywood Reporter in conjunction with his selection as No. 1 on THR's fourth annual Reality Power List.

Read the full profile and list here, but among Seacrest's revelations: