WMFE-TV: Pledges will be refunded 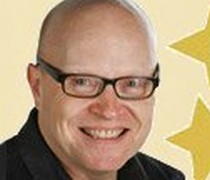 If you gave money to Channel 24, WMFE the PBS in Orlando,  in the last pledge drive and want it back, ask for it, according to Hal Boedeker, The TV Guy at The Orlando Sentinel.

WMFE announced on Friday that it is selling its television station to concentrate on 90.7 FM.

Over the weekend, Boedeker put more questions to WMFE about the sale, which the public broadcaster answered today.

Pending FCC approval, WMFE is selling Channel 24 to Dallas-based religious broadcaster Daystar. According to the filing with the Federal Communications Commission, the price is $3 million. You can see the filing here.

Yet WMFE said today that the actual money will come to $3.5 million over five years. The extra money comes from the sublease of the building space and the tower. The purchaser is listed as Community Educators of Orlando Inc., but Daystar is behind that name.

Here are some questions from Boedeker and WMFE’s answers about the sale:

What if people want the money back they pledged in the last drive? Could they get it?