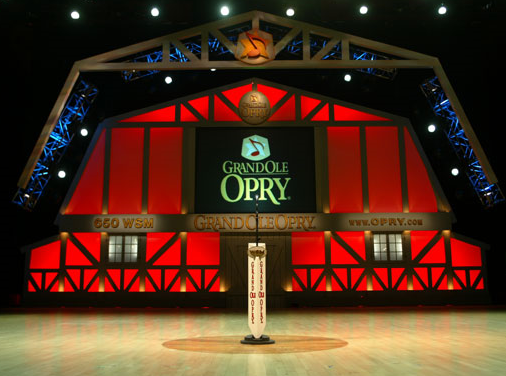 Beginning Feb. 26 at 8 p.m. CT, Opry will bring the Grand Ole Opry experience to viewers nationwide with the week’s live-recorded performances, backstage conversations with Opry performers, comedy and more. A new one-hour episode will premiere each Wednesday at the same time, and Opry will re-air each Wednesday night at Midnight ET/11 p.m. CT.

“Bobby is a terrific entertainer and music enthusiast who has been a friend of the Grand Ole Opry for many years, and a fan for much longer,” said Scott Bailey, president of Opry Entertainment.

“As both an executive producer and host, Bobby will have the opportunity to collaborate with our Grand Ole Opry team and present the Opry in a way that will complement the live radio broadcast by providing an insider’s unique perspective into what goes on behind the curtain of country’s most famous stage.”

“As a kid from Mountain Pine, Arkansas who grew up listening and loving the Opry with my grandma…I’m very honored by this opportunity. The rich history and tradition is second to none, and I’m thankful the Opry has not only trusted me to play music and tell jokes on its famed stage so many times, but to also invite me into this next chapter along with so many great country artists,” Bones said.