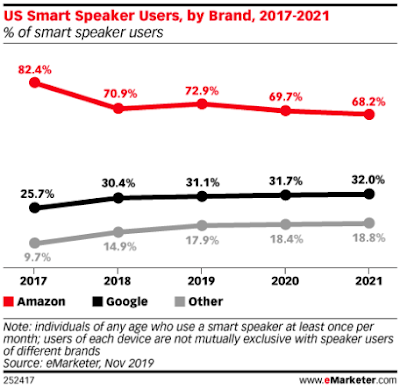 Amazon, which already holds a dominant position in the US smart speaker market, will continue to maintain this leadership through 2021, with approximately 70% of total US smart speaker users expected to use an Amazon Echo device, according to eMarketer's latest estimates. 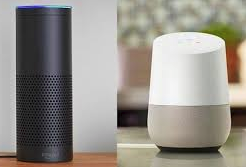 Though Amazon wasn’t first-to-market with a voice assistant, it had first-mover advantage in smart speakers with its US introduction of the Echo and built-in voice assistant Alexa in late 2014. Since then, it has consistently released new features that make the speaker easier and more intuitive to use. It has also opened Alexa to outside development and fostered its compatibility with thousands of Amazon-branded and third-party smart-home devices. The Echo is, however, slightly less competitive in some countries because it supports fewer non-English languages than its major competitors.

“Since Amazon first introduced the Echo, it has built a convincing lead in the US and continues to beat back challenges from top competitors,” said Victoria Petrock, a principal analyst at eMarketer. “We had previously expected Google and Apple to make more inroads in this market, but Amazon has remained aggressive. By offering affordable devices and building out the number of Alexa skills, the company has maintained Echo’s appeal.”
Posted 2:16:00 AM