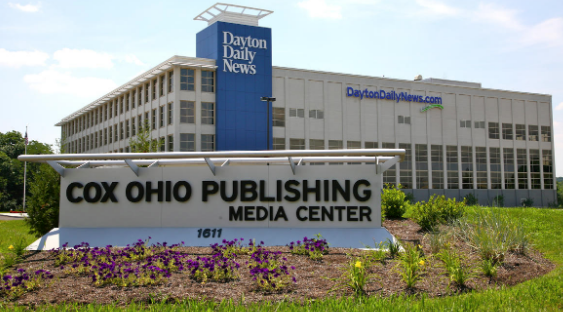 Cox Media Group has announced it has reached an agreement with Cox Enterprises Inc. for the sale of its Ohio newspapers, the Dayton Daily News, the Springfield News-Sun, and the JournalNews.

The sale follows a recent federal court decision reinstating an old FCC rule that prohibits a single owner from operating both a daily newspaper and a broadcast station in the same market. To comply with that rule, CMG faced cutting the newspapers to non-daily publications or selling them to an owner that would not be encumbered by the antiquated cross-ownership rule. 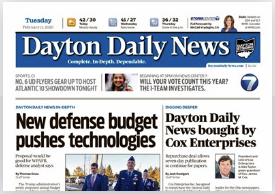 "These newspapers are important assets to the communities they serve, and we are thrilled to have found a partner with a long and successful history of promoting freedom of the press and preserving print journalism," said CMG CEO Kim Guthrie. "CEI shares our belief that a reduced print schedule would negatively impact the papers, our employees and the communities. CEI is the best possible partner for this sale to not only ensure continued daily print publication for the newspapers, but to also keep so many talented people doing what they do best—providing daily news coverage in our Ohio communities."

"Apollo is committed to strengthening local media. When faced with the unfortunate requirements of an antiquated regulation, we would not accept an outcome that reduced local news coverage for the people of Dayton, Springfield and Butler County. We applaud the FCC for working with us and providing us the flexibility to find a stable, long-term buyer who is committed to providing the citizens of Ohio with award winning journalism," said David Sambur, Co-Lead Partner of Private Equity at Apollo Global Management, Inc.

Rob Rohr will continue his role as Vice President and General Manager in the market leading CMG's broadcast outlets including TV (WHIO-TV), and three radio stations (WHIO, WHKO and WZLR).

"Rob is an experienced operator and an inspiring leader. We are excited that he will continue to lead the CMG team in Ohio," said Guthrie.

Following the sale, the Ohio newspapers will be under the interim operational leadership of Jana Collier, who currently serves as vice president of content at CMG Ohio. Jana, who will serve as interim Executive Editor, is a seasoned media veteran with more than 20 years of experience and started her career with Cox in 2006 as the managing editor of the Dayton Daily News.

"Dayton, Ohio is a big part of the Cox DNA. It's where our family is from and where our company was founded," said Alex Taylor, President and CEO of Cox Enterprises. "So it is with great excitement that we continue publishing these papers as we have for more than 100 years."

The sale of the papers to CEI is expected to close in the coming weeks.
Posted 2:23:00 AM