Greg Moceri To Receive The Ashwood Award At TSBC11

The award, which recognizes someone who has made a positive impact on the industry, will be presented the award on Friday March 6h at The 21c Museum Hotel in Cincinnati. Moceri was selected by last year's recipient, Randy Michaels, who, like each year's honoree, is charged with naming the following year's recipient.

7In making the selection, Michaels said, “Greg has been responsible for some of the best spoken word stations in the world, and has trained some of the best PD’s in the industry. There is no one better at the fundamentals, and no one more competitive than Greg Moceri.” 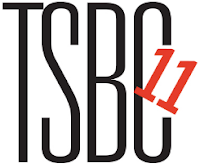 Moceri began his career at WOOD radio in Grand Rapids as News Director; was hired by WTIC Hartford in 1991 as News Director; then promoted to Program Director. He moved to Atlanta in 1993 to program Cox Media Group's WSB where the station rose from 14th to number one over the course of three years. For family reasons he left Atlanta in 2000 and was retained by Cox as its “news talk format captain” until 2011. Since then he has remained WSB AM/FM's news-talk consultant. Along the way he's also consulted talk stars such as Sean Hannity and numerous others and consulted stations like KSL, Salt Lake City, WWJ, Detroit, KTAR, Phoenix. WOR, New York, WLS, Chicago and WTOP, DC..

The Ashwood Award was named in honor of the late Andrew Ashwood, VP and GM of FOX Sports Radio, who passed away on November 13, 2008 at 51. Andrew was remembered for his unwavering positive outlook on work, on sports, and on life.