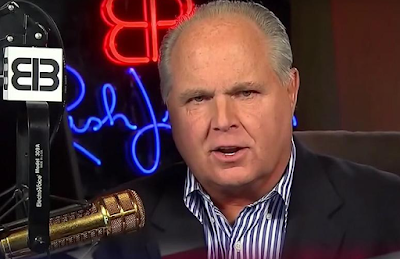 The Associated Press reports Limbaugh, a staunch Trump ally who recently announced he has advanced lung cancer, made the remarks on his nationally syndicated radio show. Buttigieg has finished in the top two in Democrats’ first two presidential contests in Iowa and New Hampshire.

Limbaugh’s remarks were the latest tendentious turn in a career in which he’s won an adoring audience among millions of conservative listeners, but condemnation from others for comments considered racist, sexist and offensive.

Buttigieg, 38, is the former mayor of South Bend, Indiana, and has been married to his husband, Chasten, since 2018.

Trump, asked if Americans would vote for a gay man to be president, responded, “I think so.”

Still, Trump added: “I think there would be some that wouldn’t. I wouldn’t be among that group, to be honest with you.” Trump spoke during an interview with Geraldo Rivera on Cleveland’s Newsradio WTAM.

Some Capitol Hill Republicans said they disagreed with Limbaugh’s remark, while others demurred.
Posted 2:40:00 AM