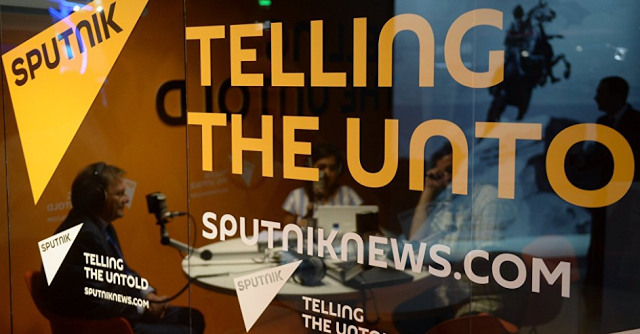 A group of House Democrats criticized the Federal Communications Commission (FCC) on Thursday for not taking action to curb Russian propaganda aired on U.S. radio stations, and urged the agency to take steps to remedy this ahead of the 2020 elections, The Hill reports.

In a letter to FCC Chairman Ajit Pai, the House members led by Reps. Anna Eshoo (D-Calif.) and Michael Doyle (D-Penn.) pointed to concerns around WZHF 1390 AM / Translator W288BS 105.5 FM , known as Radio Sputnik, airs Russian propaganda without informing listeners that the information is propaganda.

A federal judge ruled last year that the station had to register as a Russian foreign agent due to the station continuously airing Sputnik International news from Moscow.

The FCC opened an inquiry into the station in 2018 to rule on whether the station was complying with an FCC rule that requires stations to fully disclose the identity of sponsors of programs.

The Democratic members noted that they were told by the FCC in December that the investigation is ongoing, with the members writing that they found the lengthy investigation “shameful.”

“The FCC has failed to enforce its own rules as they apply to registered foreign agents, allowing hostile Russian propagandists to attack our democracy as another election is upon us,” the members wrote. “The FCC’s continued inaction, after receiving many Congressional letters from us about this critically important issue, is a stunning abdication of its responsibility to protect American airwaves.”

The members also pointed to concerns around RM Broadcasting LLC, the owner of Radio Sputnik, recently buying six hours of daily airtime on Kansas City radio station KXCL to broadcast Russian propaganda. The group of House Democrats strongly advocated that the FCC add KXCL to its inquiry into the DC radio station.

The members cited the upcoming 2020 elections in underlining the urgency of their request to the FCC to wrap up its investigation into the station.
Posted 2:39:00 AM