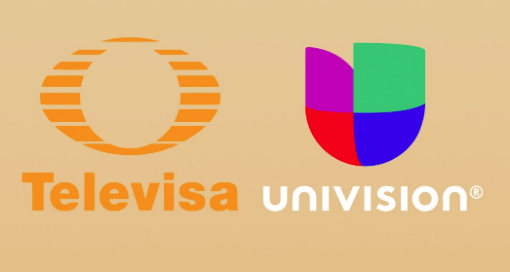 Univision Communications and Grupo Televisa plan to merge their entertainment assets to create a powerful new Spanish-language media company with one foot in the United States and the other in Mexico.

The L-A Times reports the companies jointly announced the move late Tuesday, formalizing a process that began quietly after Univision came under new ownership late last year. The historic merger represents a dramatic retrenchment for media scion Emilio Azcárraga Jean, whose family has long been among Mexico’s powerbrokers due to its ownership of Televisa and its vast media holdings.

The new entity, which will be known as Televisa-Univision, will be the world’s largest Spanish-language media company. It will be managed by Univision Chief Executive Wade Davis, a former top Viacom executive who put together the investor group that purchased Univision late last year from a consortium of U.S. private equity firms. The Televisa deal is expected to close later this year.

The union is designed to position Televisa-Univision as a global force in streaming.

By parlaying Televisa’s worldwide name recognition and enormous vault of Spanish-language programming, Univision hopes to turbocharge its streaming efforts in the U.S. and Mexico — and abroad.

The deal borrows from the playbook of the Walt Disney Co., which two years ago acquired much of Rupert Murdoch’s 21st Century Fox entertainment holdings for $71 billion. The Burbank colossus bet big to bulk up on programming, and gain the majority stake in the Hulu streaming service, so it could take on Netflix around the world.

“Combining with Univision has always been a dream for us. This has always been the ultimate goal, and we finally accomplished it,” Televisa co-CEO Alfonso de Angoitia said in an interview. “Univision and Televisa have been partners on and off for decades. It was the right moment, and the right people to do it with.”

“The merger facilitates an effective move to streaming by combining content, production facilities, substantive operational cost savings and owned distribution outlets in the two largest Spanish-speaking markets in the world,” media consultant Julio Rumbaut said. “At the same time, it reinforces the strength of the traditional media assets of both companies.”

Univision will add its Univision and UniMás broadcast networks, nine Spanish-language cable networks, 61 television stations and 58 radio stations in the U.S. and Puerto Rico, along with its recently launched streaming service PrendeTV. Its management team will be in charge.