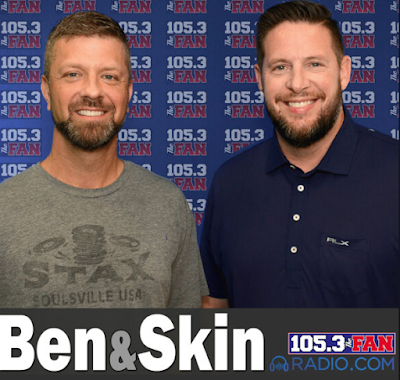 The Ben and Skin Show of KRLD 105.3 FM The Fan is no longer a part of the station’s daily lineup.

According to The Fort Worth Star-Telegram, the show’s departure had been a source of rumor and speculation on a Facebook fan page on Friday afternoon; The Fan’s morning show host Shan Shariff confirmed the move on Saturday morning on Twitter.

All of Ben and Skin’s podcasts and bios have been removed from The Fan’s website.


Rogers and Wade have been friends since childhood and have worked together at all three sports talk radio stations in DFW: 1310 The Ticket, 103.3 ESPN and 105.3 The Fan.

Wade is still a member of the broadcast team for Dallas Mavericks games. The duo also recently announced plans to open a brew pub.