AT&T Inc. struck a truce with an activist investor that had been pressuring the telecom giant to revamp its strategy and said its chief executive will stay at the helm through next year, The Wall Street Journal is reporting.

The deal came as the company reported another quarter revealing the challenges of moving beyond its traditional telephone business. Overall, quarterly profit and revenue declined from a year ago. AT&T’s core cellphone business gained subscribers but more than 1 million customers abandoned its DirecTV unit. 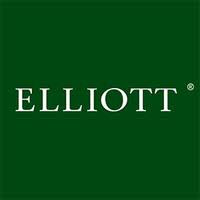 AT&T’s deal with Elliott Management Corp. included a commitment to regular stock buybacks and a plan to appoint two new directors to its board. The board, led by Chairman and CEO Randall Stephenson, has 13 members.

The company pledged to conduct a review of its portfolio, avoid major acquisitions and pay down debt from its 2018 takeover of Time Warner. AT&T also agreed to separate the roles of chairman and CEO when Mr. Stephenson retires.

The deal solves problems for both sides. AT&T avoids a distracting fight with Elliott, an aggressive investment fund headed by billionaire Paul Singer. Elliott, for its part, might profit from the concessions the company is offering without having to mount a costly proxy battle.

AT&T’s wireless wing delivered a steadier performance, notching a 101,000-subscriber gain in postpaid phone subscribers, a valuable category of customers who pay for service at the end of the billing cycle. A year earlier, the company reported 69,000 net additions of postpaid accounts.
Posted 8:44:00 AM