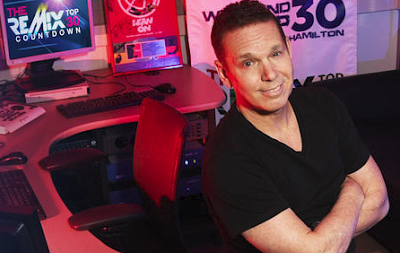 "Hollywood Hamilton is one of the most loved, respected and recognized voices and names in radio," said iHeartMedia Chairman/CEO Bob Pittman.

"His unparalleled ability to connect with both listeners and music's biggest artists is a true representation of what makes radio the most powerful medium in the U.S. It's the reason he's been a fixture on New York City radio for the past decade, and we're excited for the opportunity to continue our long-standing relationship with him."

"One of the many reasons why it was so easy to re-sign is because of the friends I work with in our building," added Hamilton. "iHeartMedia, and more specifically KTU, are like family. I'm so happy to be associated with an incredibly talented group of people. Not to mention the extraordinary continuing support of my friends at Premiere Networks."

Hamilton began his radio career in 1979, when the 17-year old constructed an illegal pirate radio station in the basement of his parents' home. The station was the basis for the 1990 New Line cinema film, "Pump up the Volume" starring Christian Slater. Hamilton landed his first job in commercial radio in his hometown of Reno, NV. He later held on-air posts in Las Vegas and Tampa before moving to New York City to help launch Z100 in 1983. After five years at Z100, Hamilton spent ten years at KIIS-FM in Los Angeles and was consistently rated in the top 3 for his time slot.

He returned to New York City in 1996 to help launch KTU and created the three-hour "Weekend Top 30 with Hollywood Hamilton" in 1997, which features interviews and a countdown of the top 30 hits of the week. In 2009, he launched "The Remix Top 30 Countdown with Hollywood Hamilton," a three-hour EDM-intensive weekend dance show. In January 2013, Hamilton signed a deal with Premiere Networks to syndicate all three of his radio programs.

"We're pleased to continue having Hollywood as a part of our iHeart family here in New York," said iHeartMedia Northeast Division Executive VP/Programming Thea Mitchem. "His passion for this industry is apparent every time he's on air, and we're happy that our listeners will continue to have him as a part of their afternoons."
Posted 6:42:00 AM