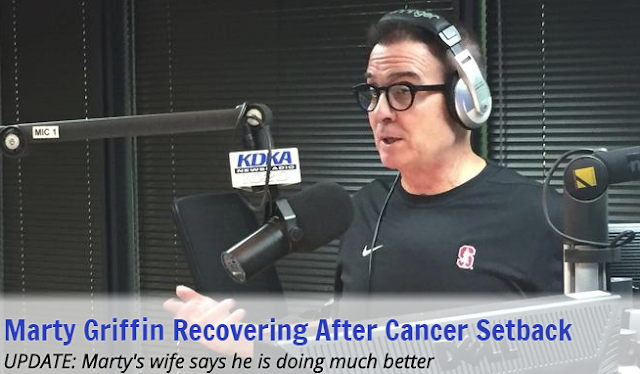 KDKA 1020 AM’s Marty Griffin is recovering after a setback during his cancer treatment, according to the station's website.

Earlier this week, Griffin received his second of three chemotherapy treatments. He also gets radiation and immunotherapy.

In a video Thursday, Griffin said after radiation, he felt “very wobbly” and had a fever of 103.7 and his blood pressure was in the low 50s. He called it the worst day of his cancer battle so far. 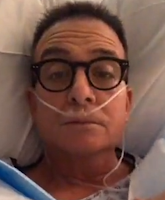 With a warming blanket and hooked up to oxygen, Griffin said he will recover but his doctors are not sure why he had such a high fever, and that they don’t think it is a side effect of the chemo.

“They have me on steroids, antibiotics and Tamiflu, in case it’s the flu because I have a really high fever. If it’s the flu it would’ve been the first case.”

She says they hope he will be moved out of the ICU this evening and that he is now laughing and texting.

Griffin has been getting treatments for a cancerous tumor near his throat. The HPV virus caused the cancer so since he found out about his diagnosis; he has been urging everyone to get their kids vaccinated for HPV.

30,000 new HPV cancer related cases are reported a year and Griffin says 98% of those cases can all be prevented with a vaccine given to children
Posted 3:00:00 AM