Premiere Networks HAS announced a new weekend lineup on FOX Sports Radio (FSR) for the 2018 fall season. Effective immediately, FSR will feature programming dedicated to both college and professional football, including game-day previews, analysis, and interviews, hosted by a diverse ensemble of sports entertainment personalities, analysts, and former players. 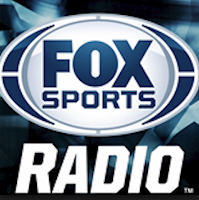 “Coupled with the recent additions of RJ Bell, Chris Broussard and Rob Parker to our weekday lineup, FOX Sports Radio has the best array of talent to provide thoughtful insight and entertaining commentary for all sports fans both on weekdays and weekends,” said Scott Shapiro, VP of Sports Programming for Premiere Networks. “When sports news breaks or action on the field develops, we are live 24/7 to provide instantaneous reaction with perspective and opinions from the best minds in the game.”

As previously announced, Straight Outta Vegas with RJ Bell was launched in its new Monday through Friday, 6 - 7 p.m. ET timeslot on September 17, 2018, marking the historic debut of the first-ever national daily radio show focused on sports betting. As part of the expansion of the program, veteran radio/television personality Bernie Fratto joins the network to host the weekend version of Straight Outta Vegas on Sundays from 2 - 3 a.m. ET, and will feature the very best prognostications from throughout the week by the “Voice of Vegas” RJ Bell, along with famed betting experts Brad Powers and Steve Fezzik.