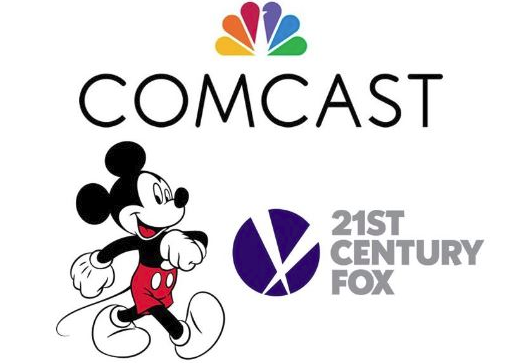 Under the new deal, Disney agreed to acquire Fox’s entertainment assets for more than $70 billion, compared with the original deal price of $52.4 billion in stock and Comcast ’s roughly $65 billion all-cash offer.

Fox shareholders could choose to take the new Disney offer in cash or stock, subject to a 50% stock, 50% cash proration.

Fox, in a statement, said the new Disney deal “is superior to the proposal” made by the Comcast Corp. earlier this month.

The assets in play include the Twentieth Century Fox film and TV studio; U.S. cable networks including FX and regional sports channels; international assets including Sky PLC and Star India; and Fox’s one-third stake in the streaming service Hulu.

Neither proposed deal includes Fox News, Fox Sports 1, the Fox broadcast network or its television stations. In either scenario, those assets would be spun off into a new company, for the moment, dubbed “New Fox.”

People close to Fox have said that the Murdochs are looking for the best financial deal and are working in the best interests of all shareholders. 21st Century Fox and Wall Street Journal parent News Corp share common ownership.

If Fox leans toward a cash-heavy deal, Disney is in position to inject cash into its offer, people familiar with the matter say.
Posted 8:47:00 AM