Ashboro NC Radio: Rock 92's Chris Kelly Has Some 'Splaining' To Do 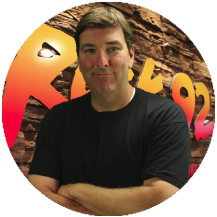 WKRR 92.3 FM morning personality Chris Kelly awakened Wednesday to irate emails and Facebook posts Wednesday, a day after he made comments about children separated from their parents at the U.S.-Mexico border.

Kelly, who co-hosts the "2 Guys Named Chris" morning show on Rock 92, owned by dick Brosadcasting, said his words were "sarcastic" and taken out of context.

He went on the airwaves Wednesday morning to explain. reports greensboro.com.

"Basically, our conclusion was, and a lot of listeners agreed, that most people these days don't listen to things in full context," Kelly said in an interview after the show. "They hear 20, 30 seconds of it and jump to a conclusion."

Kelly's comments came up Tuesday in a segment about a California emergency room physician who treated a 20-year-old man who had suffered an anxiety attack on the basketball court.

The doctor was caught on a cell phone video mocking, ridiculing and cursing the patient when he said he couldn't breathe. The incident prompted the hospital to suspend her.

Kelly and co-host Chris Demm opened the phone lines to listeners about the incident. Kelly said he expected every caller to criticize the physician for her poor bedside manner.

But that didn't happen.

"Every caller we aired defended the doctor," Kelly said. "I was very surprised that they were defending the doctor and criticizing the victim."

"Later, we’ll take calls on these sissy kids that are crying down at the border," he said in an audio clip that he provided to the News & Record. "You can bash them for awhile ...  Shut up! So you’re in a cage? It’s good for you."

When the show was re-broadcast Tuesday night, Kelly said, a listener recorded the comments about the children without the context of the emergency room story. They posted only that portion on Facebook, not the 9-minute segment preceding it.
Posted 3:43:00 AM