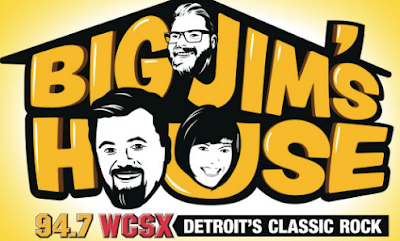 O’Brien has been with the station since 2002 and has hosted mornings since 2014. He is joined on the show by Co-host Erin V and Producer Ryan Logan.

“It’s really a pleasure to be associated with Jim and the healthy combination of creativity, wit, and passion for cars and Classic Rock he brings to his morning listeners in the Motor City,” said Vice President and Market Manager Mac Edwards.

“Jim’s work to establish Glenn Frey Drive in Royal Oak (and soon Bob Seger Boulevard in Ann Arbor), his tireless efforts on behalf of veterans, and his respect for all things Detroit prove he is an extraordinary ambassador for both WCSX and the city he calls home!”

“I’ve been a Big Jim fan since I arrived here at CSX,” said Program Director JT Tarrants. “We are so glad to have him buttoned up to lead our morning show into the future.” “It’s an honor to be part of the Beasley Media Group family here in Detroit,” said Big Jim. “I look forward to being able to continue to entertain our dedicated Motor City listeners for years to come.”