In 1901...William S. Paley,  the chief executive who built Columbia Broadcasting System (CBS) from a small radio network into one of the foremost radio and television network operations in the United States, was born.

In 1927, Paley's father, brother-in-law and some business partners bought a struggling Philadelphia-based radio network of 16 station called the Columbia Phonographic Broadcasting System. Samuel Paley's intention was to use his acquisition as an advertising medium for promoting the family's cigar business, which included the La Palina brand. Within a year, under William's leadership, cigar sales had more than doubled, and, in 1928, the Paley family secured majority ownership of the network from their partners. Within a decade, William S. Paley had expanded the network to 114 affiliate stations. 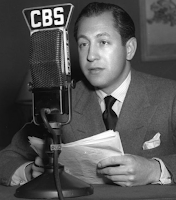 During his prime, Paley was described as having an uncanny sense for popular taste and exploiting that insight to build the CBS network. As war clouds darkened over Europe in the late 1930s, Paley recognized Americans' desire for news coverage of the coming war and built the CBS news division into a dominant force just as he had previously built the network's entertainment division.

During World War II, Paley served in the psychological warfare branch in the Office of War Information, under General Dwight Eisenhower, and held the rank of colonel. It was while based in London, England, during the war when Paley came to know and befriend Edward R. Murrow, CBS's head of European news. In 1946, Paley promoted Frank Stanton to president of CBS. CBS expanded into TV and rode the post-World War II boom to surpass NBC, which had dominated radio.


In 1963...The Beatles song "She Loves You" was first played on U.S. Radio by disc-jockey, "Murry The K", on 1010 WINS in New York. It is believed that this was the first time a Beatles song has been played anywhere in the United States. The song was played for two solid weeks. The response was tepid.

Murray the K reached his peak of popularity in the mid-1960s when, as the top-rated radio host in New York City, he became an early and ardent supporter and friend of The Beatles. When the Beatles came to New York on February 7, 1964, Murray was the first DJ they welcomed into their circle,

When the band arrived in New York, Murray was invited by Brian Epstein to spend time with the group, and Murray persuaded WINS to let him broadcast his prime time show from the Beatles' Plaza Hotel suite. He subsequently accompanied the band to Washington, D.C. for their first U.S. concert, was backstage at their The Ed Sullivan Show premiere, and roomed with Beatles guitarist George Harrison in Miami, broadcasting his nightly radio shows from his hotel room there.

He came to be referred to as the "Fifth Beatle," a moniker he said he was given either by Harrison during the train ride to the Beatles' first concert in Washington D.C. or by Ringo Starr at a press conference before that concert.


In 1968…Pioneering Memphis disc jockey Dewey Phillips died of heart failure at the age of 42. He was the first person to play an Elvis Presley record on the radio. He also got Elvis to reveal his race (which was in question at the time) in an interview by asking which high school the 19-year-old singer attended (knowing that because of racial segregation, the audience would readily recognize what race attended which schools). 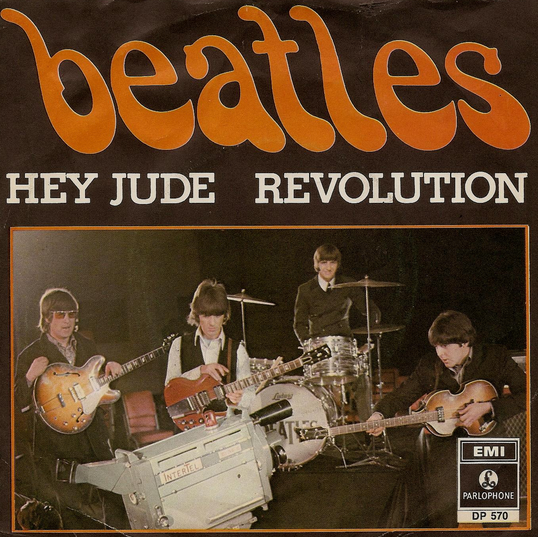 
In 1974…John Lennon visited radio host Dennis Elsas at New York City's WNEW-FM to promote his new album "Walls and Bridges." The former Beatle stayed on the air for several hours talking about the album, acting as a disc jockey, playing records and reading commercials. 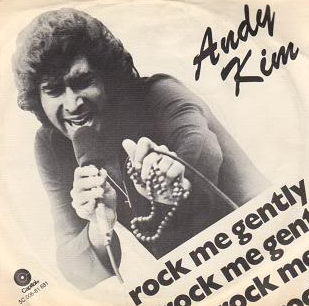 In 1974...The Hot 100 1974:  Andy Kim had the new #1 song with "Rock Me Gently". Olivia Newton-John was one step closer with "I Honestly Love You" and Billy Preston was next with "Nothing From Nothing".  Dionne Warwick and the Spinners combined for "Then Came You" and First Class were up big (12-5) with "Beach Baby".


In 1997…After 54 years in broadcasting, much of it with NBC and later years with ABC, newsman David Brinkley retired at age 74. During his career, Brinkley won ten Emmy Awards and three George Foster Peabody Awards. In 1958 Brinkley received the Alfred I. duPont Award. In 1982 he received the Paul White Award for lifetime achievement from the Radio Television Digital News Association.  In 1988, he was inducted into the Television Hall of Fame. In 1992, President George H. W. Bush awarded him the Presidential Medal of Freedom, the nation's highest civilian honor. Bush called him "the elder statesman of broadcast journalism"; but Brinkley was much more humble. In an interview in 1992, he said "Most of my life, I've simply been a reporter covering things, and writing and talking about it".

Muni then spent almost 50 years at stations in New York City. He became a Top 40 broadcaster at WMCA in the late 1950s, just before the start of their "Good Guys" era. In 1960, he moved to rival Top40 WABC. There he did an early evening show called "Scotland's Yard" and was the first WABC DJ to capture the attention of the teenage audience the station would become famous for. He also participated in the competition to cover The Beatles on their first visits to the United States, and thus began a long association with them.

In 1965, Muni left WABC and ran the Rolling Stone Night Club while doing occasional fill-in work for WMCA. Muni had explored some opportunities beyond radio: he had recently co-hosted a local weekly television show on WABC-TV with Bruce "Cousin Brucie" Morrow, and he would go on to record the spoken single "Letter to an Unborn Child", about a soldier with a premonition, which was released in 1967 to little acclaim. 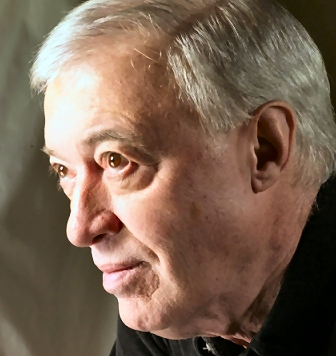 In 1966, Muni joined WOR-FM, one of the earliest pioneers of freeform-based progressive rock radio.

The notion did not last at that station, but in 1967 Muni moved to legendary rock station WNEW-FM, where the format really took hold. Muni stayed there for three decades as the afternoon DJ and sometimes program director. Muni was described by fellow WNEW-FM DJ Dennis Elsas as "the heart and soul of the place". Under assorted management changes during the 1990s WNEW-FM lost its way, and in 1998 Muni ended up as a one-hour noontime classic rock personality at WAXQ "Q104.3", where he worked until suffering a stroke in early 2004.
Posted 2:59:00 AM