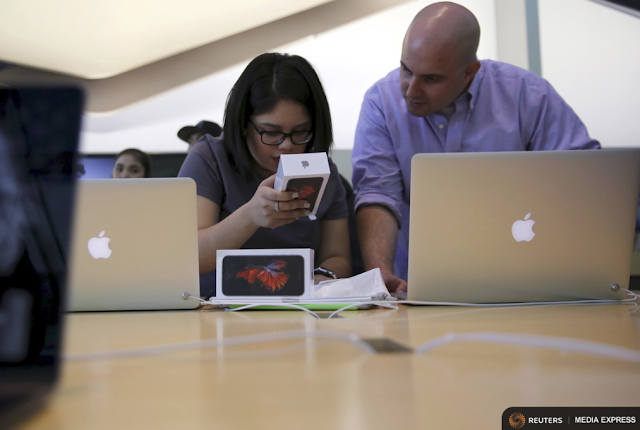 (Reuters) - Apple <AAPL.O> said on Monday it had sold more than 13 million iPhone 6s and 6s Pluses during their first weekend of availability in 12 markets, setting a record for its marquee product. 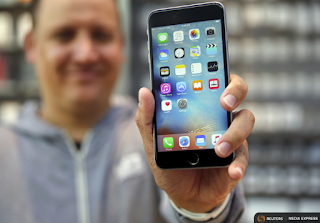 Although sales surpassed analysts’ expectations of 12 million to 13 million units, shares of Apple fell more than 1 percent. This suggested investors remained skeptical that Apple can improve on the demand for the previous iPhone, which propelled the company to its most profitable quarter ever, said IDC analyst John Jackson.

"Topping what the iPhone 6 achieved looks like a tall order, even for Apple, with its history of outdoing itself," he said.

The iPhone 6 had set the previous record of 10 million unit sales in its first weekend, but the figures did not include China, where regulatory problems delayed the gadget's debut last year.

Analysts had said Apple was virtually assured to set a first-weekend record for iPhone sales with the inclusion of China, which many expect will soon be the company’s largest market.

But several analysts said the 6s figures, which also included the United States, Australia and the UK, suggested Apple was on pace to lift iPhone sales slightly from last year.

Analyst Shannon Cross of Cross Research said she was impressed by Apple’s ability to drum up consumer interest in a device with relatively modest improvements over the iPhone 6, whose new, larger screens touched off a sales frenzy.

"It’s indicative of the strength of Apple that you have at least as many people wanting the iPhone 6s," she said.

The sales figures gave a glimpse of Apple’s performance in China, whose economic downturn has been a source of great angst for investors.

"Demand out of China looks white-hot," he said. 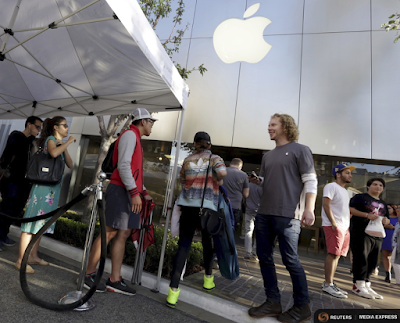 The weekend also marked the debut of Apple's upgrade program, which allows users to receive a new iPhone each year for monthly installments starting at $32, regardless of their carrier.

Many customers over the weekend appeared to be participating in the program, Cross said, although the plan may prove more popular among the earliest buyers of the new iPhones.

Apple said the new iPhones would be available in more than 40 additional countries starting Oct. 9, reaching more than 130 by year-end.

The new phones have improved cameras and a display technology called 3D Touch, which responds based on how hard users press their screens.

Apple relies heavily on sales of the iPhone, which generated nearly two-thirds of its revenue in the latest quarter.