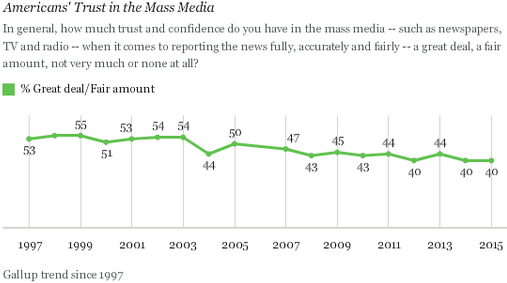 A new Gallup Poll shows four in 10 Americans say they have "a great deal" or "a fair amount" of trust and confidence in the mass media to report the news fully, accurately and fairly. This ties the historical lows on this measure set in 2014 and 2012. Prior to 2004, slight majorities of Americans said they trusted the mass media, such as newspapers, TV and radio. 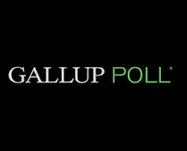 This decline follows the same trajectory as Americans' confidence in many institutions and their declining trust in the federal government's ability to handle domestic and international problems over the same time period. 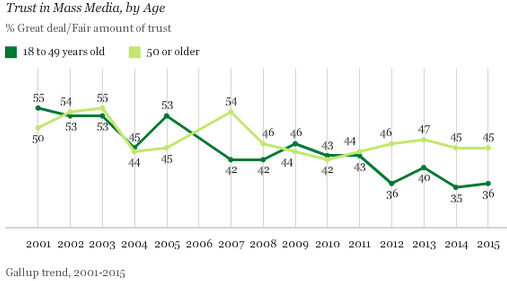 Trust in the media continues to be significantly lower among Americans aged 18 to 49 than among those 50 and older, continuing a pattern evident since 2012. Prior to 2012, these groups' trust levels were more similar, with a few exceptions between 2005 and 2008.
Posted 7:33:00 AM