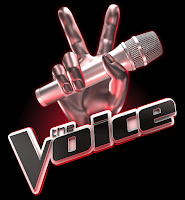 With “The Voice” delivering the #1 and 2 ratings of the week among primetime programs on the Big 4 networks, NBC has tied for #1 for the week of May 18-24 in adults 18-49 and won the week outright among the Big 4 networks in adults 25-54 and other key measures. According to “live plus same day” viewing figures from Nielsen Media Research, NBC averaged a 1.2 rating, 5 share in adults 18-49 and 5.6 million viewers overall for the week.