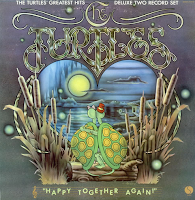 A U.S. judge in California allowed a class action lawsuit to proceed on Wednesday against satellite-radio company Sirius XM Holdings Inc over the payment of royalties for songs produced before 1972, in a case that is being closely watched for its implications for digital media.

Reuters reports the ruling by U.S. District Judge Philip Gutierrez marks another win for members of the 1960s band the Turtles, known for the hit "Happy Together," and means the company could face claims from a broader group of artists.

"Sirius XM treats every single owner of a pre-1972 song the same, namely it doesn't pay them, so it was appropriate for this court to grant class certification," said Henry Gradstein, attorney for Flo & Eddie Inc, a company controlled by founding Turtles members Howard Kaylan and Mark Volman.

Flo & Eddie also sought to certify a class action against the company to bring in other artists in a similar situation. Sirius XM argued against certification because it said damages would be difficult to calculate accurately for different members of the class.

Gutierrez rejected that argument on Wednesday.