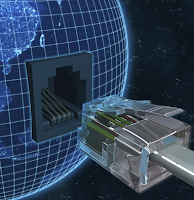 The federal government’s program that made telephone service affordable to low-income households, could soon be extended to broadband service.

FCC chairman Tom Wheeler is circulating Thursday a set of proposals to modify the 30-year Lifeline program, which provides phone subsidies to households.

According to katyonthehill.com, Wheeler’s plan would extend those subsidies to Internet service at a time when broadband is becoming as essential as the telephone once was for everyday life.

Only 48 percent of households with an income of $25,000 or less, have access to the Internet, putting those households at a disadvantage for a number of education, government, and information services, the FCC said.

Under the proposal, households would be able to choose whether the subsidy ($9.25) be applied to voice or broadband.
Posted 3:01:00 AM