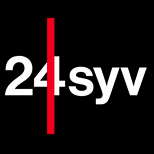 A Danish radio station reportedly has killed a nine-week old rabbit live on air, saying it intended to stimulate a debate around the “widespread hypocrisy in our relationship to animals”.

The Guardian reports presenters brought the rabbit, which they called Alan, into the studio on Sunday morning, where he was clubbed with a bicycle pump.

Asger Juhl, one of the presenters, later took the rabbit’s body home and skinned it, saying he planned a dinner for his children.

Radio24syv said Denmark has some of the world’s most industrialised agriculture. Its stunt provoked a strong backlash and calls for a boycott.


Every day in the nation of Denmark, thousands and thousands of animals are put down to fill the meat counters in our...
Posted by Radio24syv on Tuesday, May 26, 2015

In a response to Radio24syv’s Facebook post, Stan Kosjaks wrote: “Don’t try and justify it you heartless bastards, the only reason you killed a small, defenceless animal on air is to boost your ratings.
Posted 3:52:00 AM