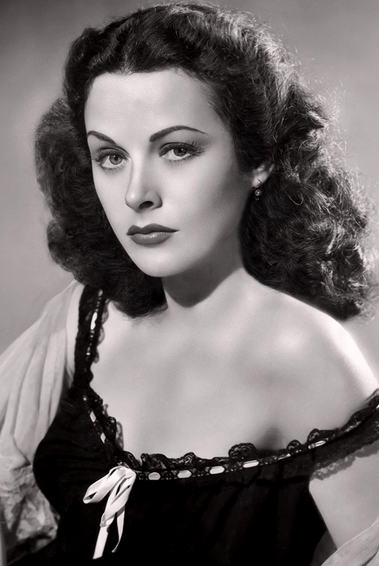 In 1942...Actress Hedy Lamarr (Hedy Kiesler Markey) and composer George Anthiel receive U.S. patent for Frequency-hopping spread spectrum (FHSS), a method of transmitting radio signals by rapidly switching a carrier among many frequency channels, using a pseudorandom sequence known to both transmitter and receiver. It is used as a multiple access method in the frequency-hopping code division multiple access (FH-CDMA) scheme.

Spread-spectrum signals are highly resistant to deliberate jamming, unless the adversary has knowledge of the spreading characteristics. Military radios use cryptographic techniques to generate the channel sequence under the control of a secret Transmission Security Key (TRANSEC) that the sender and receiver share in advance.

In the US, since the Federal Communications Commission (FCC) amended rules to allow frequency hopping spread spectrum systems in the unregulated 2.4 GHz band, many consumer devices in that band have employed various spread-spectrum modes.

Some walkie-talkies that employ frequency-hopping spread spectrum technology have been developed for unlicensed use on the 900 MHz band. 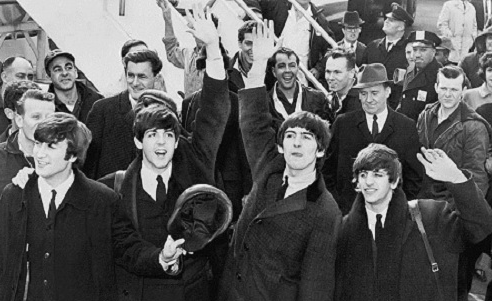 In 1966…The Beatles arrived at Chicago's O'Hare Airport to start their last tour of the U.S. They held a press conference at the Astor Towers Hotel where John Lennon apologized for his remarks that the Beatles were "more popular than Jesus now."

John explained, "If I had said television is more popular than Jesus, I might have got away with it, but I just happened to be talking to a friend and I used the words "Beatles" as a remote thing, not as what I think - as Beatles, as those other Beatles like other people see us ... I'm not saying that we're better or greater, or comparing us with Jesus Christ as a person or God as a thing or whatever it is. I just said what I said and it was wrong. Or it was taken wrong. And now it's all this ... I never meant it to be a lousy anti-religious thing. I apologize if that will make you happy. I still don't know quite what I've done. I've tried to tell you what I did do but if you want me to apologize, if that will make you happy, then okay, I'm sorry.


In 1984...President Ronald Reagan, during a Radio voice test, joked that he "signed legislation that would outlaw Russia forever. We begin bombing in 5 minutes".