Pittsburgh Radio: Iconic Bill Cardille Out, But Not Down

Bill Cardille isn't used to being out of work.

“I've been in the business for more than 60 years, and I've never been unemployed before,” the Western Pennsylvania broadcast legend told triblive.com.

That changed on last Wednesday when Cardille, a fixture on Pittsburgh TV and radio stations for more than a half-century, lost his job at WJAS 1320 AM, where he had worked since 1995 playing nostalgic soft-rock standards. Another local radio icon, Jack Bogut, also departed when the station's format flipped from music to talk.

The 85-year-old Cardille said new station owner Frank Iorio had discussed a role for him at the station after the format switch.

“He asked if I'd be interested in talk, and I said no,” he said. “I tried talk a long time ago, and the same 20 people call all the time. It's like the people who write letters to the newspaper.” 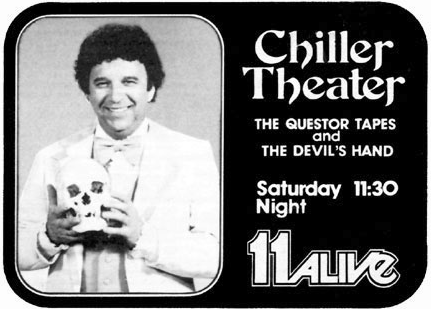 Since hosting his first radio show at WDAD-AM in Indiana County in 1951, Cardille has been an omnipresent force on Western Pennsylvania radio and TV stations. Following a stint at WICU-TV in Erie, he started in Pittsburgh at WIIC-TV (now WPXI) in 1957.

During his more than 30 years at the station, he was best known as host of Saturday night's “Chiller Theater” and the station's studio wrestling show, and the anchor of the annual Muscular Dystrophy telethon on Labor Day weekend.
“I outlasted Jerry Lewis,” he said, chuckling. “I did the telethon for two years after he stopped.”
Unemployment doesn't mean Cardille will be inactive.

Cardille won't rule out returning to radio, though he acknowledged the chances aren't great.