FCC Could Vote In October To Help AM Service

The Federal Communications Commission may finalize rules to help revitalize the struggling AM radio broadcast industry by the end of October, Commissioner Ajit Pai said Aug. 13.

In opening remarks at the Ohio Association of Broadcasters Town Hall meeting on revitalizing AM radio, Pai doubled-downed on his support for the commission's proposed rules to help reinvigorate the service, saying commenters “overwhelmingly” expressed support of the October 2013 FCC notice of proposed rulemaking (NPRM), according to Bloomberg.

“I've been amazed how AM revitalization has struck a chord throughout the United States,” Pai said in his remarks.

“Since 1949, AM has been the ‘heritage technology' for minority entry into media and telecom ownership,” David Honig, president of the Minority Media and Telecommunications Council, said in an e-mailed statement to Bloomberg BNA. “These stations may be using old technology, but they're vital lifelines for underserved communities,” Honig said.

In his remarks, Pai focused on the commission's proposals to relax some rules regulating AM radio. These rules hadn't seen a real overhaul in decades, he said.

Pai also expressed his support for the FCC's consideration of new technologies to help AM radio down the line. 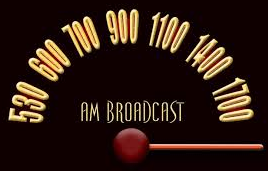 The October 2013 NPRM considers opening a filing window that would exclusively allow AM stations to license FM translator stations for broadcasting purposes.

“If we act soon, that window could open next year and give many stations much-needed relief,” Pai said in his remarks.

FCC Chairman Tom Wheeler‘s office declined to say if the NPRM would come to a vote this year, but the item received unanimous commissioner support before Wheeler become chairman.

Pai also said the “ratchet rule,” which sought to cut down on cross-station signal interference, should be eliminated.

The rule, which Pai said was perhaps “well intentioned,” has only served as a road block to AM stations trying to improve their service.