The results may surprise you!

Luke Bryan and Keith Urban are in a dead heat for “Entertainer of the Year.”
Country listeners keep it “Humble and Kind.”
Carrie Underwood predicted to rock the red carpet.
Blake Shelton should keep the ACM producers on their toes.
Country music comes from the heart.
Best songs for love gone wrong.
Tim and Faith are #RelationshipGoals
The full reveal of The NASH Country Pulse Poll series can be found online at NASH Country Daily, a leading Cumulus Media property, covering the music and lifestyles of country’s biggest stars. 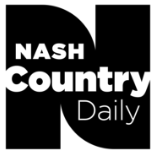 “I agree with our NASH listeners; Blake will probably be bleeped and Carrie Underwood will be stunning on the red carpet,” said John Shomby, NASH Director of Programming, adding, “All of these artists are friends of NASH and we look forward to sharing these findings with them at Westwood One Backstage, our broadcast event live on Friday and Saturday from the ACMs.”

Cumulus Media’s Westwood One is the official national radio partner for the ACM Awards. NASH will join other media outlets at Westwood One Backstage at the ACMs at the T-Mobile Arena in Las Vegas. Westwood One Backstage features exclusive, multi-platform content, a star-studded radio row, live performances, social media experiences, and A-list interviews with Country’s biggest stars and hottest new talent.

In addition, Westwood One will present five hours of event coverage from the red carpet on Sunday, April 2, with NASH Nights Live hosts Shawn Parr and Elaina Smith.

Country radio listeners across the U.S. were polled using Katz Media’s national consumer panel. Listeners offered their predictions for the ACMs and cast their vote for favorite Country tracks. This NASH Country Pulse Poll kicks off a series of upcoming polls conducted by NASH, leveraging its deep understanding of the Country music audience.
Posted 1:25:00 PM