Spicer Spars With Radio Reporter Over Her "Agenda" 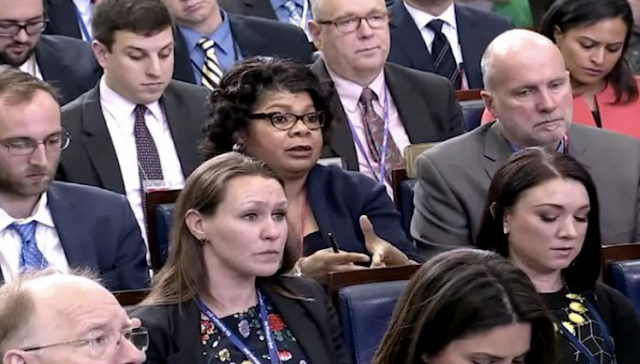 Some political reporters defended their colleague April Ryan, a White House reporter for American Urban Radio Networks, after the Trump administration's White House spokesman told her during Tuesday stop shaking her head while he answered her question.

During an extended exchange, in which Ryan suggested that President Trump's agenda is bogged down by the swirling controversy over connections to Russia, Sean Spicer suggested that the news media are responsible for stoking suspicion, reports The Washington Examiner.

"If the president puts Russian dressing on his salad tonight, somehow that's a Russian connection," he said.

At one point Spicer noted that Ryan was shaking her head and said to her, "At some point, the facts are what they are" and that no investigations by authorities have yielded any definitive wrongdoing.

When Ryan further pressed Spicer and he attempted to answer, he said, "Please stop shaking your head again."

Afterwards, Ryan argued Tuesday afternoon on MSNBC that she doesn’t “have an agenda:

Ryan concluded that Spicer’s job is “to make this administration look better than what it does right now and unfortunately, I was road kill today.”
Posted 3:43:00 AM